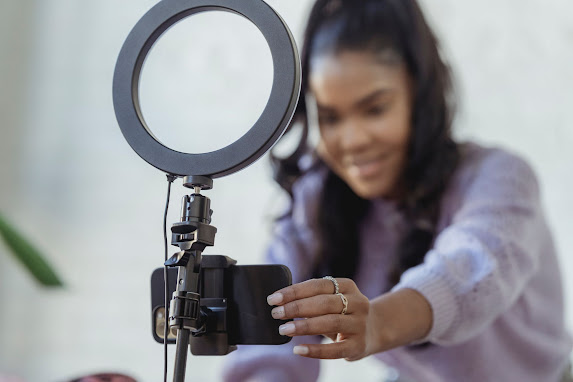 One of the most prevalent marketing strategies right now is tapping a popular face on social media to advertise a product or service to their established collection of followers. Over the years, the word “influencer” has evolved from a trend to a staple. And this subset of highly influential people is affecting our lifestyles in more ways than one.

Just take a look at the top social media influencers today and see how easily they set trends and create buzz about the products or services they endorse. It’s because of this power that more and more marketers believe that influencer marketing is one of the most effective marketing strategies today.

But just how do social media influencers impact our lifestyles? Let’s take a closer look below!

Humans are social creatures that are wired to form strong bonds with others in our “pack,” and with that bond comes a strong desire to be just like them. More aptly, we want to keep up with the Kardashians or whichever influencer we’re currently obsessing over.

See, there’s a science behind influencers. Many consumers who regard the influencers they follow as members of their pack feel obligated to follow their activities. We initially see influencers as credible sources in the niche they are an expert in.

Eventually, they will also become credible in other areas in our eyes because of this phenomenon called the halo effect. It’ll then be easy for followers to see every piece of content that this influencer is producing as something that they’re obligated to witness.

As a result, we watch, interact, and celebrate with the influencer because we’ve been programmed to care.

And when we don’t keep up with them? We will feel as though we’ve violated a social norm.

When traditional celebrities support a brand, people are more likely to remember the message and identify the brand with the traits acquired by the celebrity, such as likability, dynamism, and trustworthiness. However, social media influencers feel closer to us because they’re more open to disclosing details of their personal lives through social media channels.

Many influencers have perfected the ability to connect with their audience on a personal level. Intimate and casual photos and videos provide viewers with a window into influencers’ daily lives, making followers feel more directly connected.

Influencers frequently address their audience personally, and a follower can experience a strong sense of connection with the influencer. Because of this personal connection, influencers could be prioritized and trusted at levels comparable to real friends.

It’s because of this that followers are more interested in the influencer and the brands she or he promotes.

Informational social influence is the change in attitudes, behaviors, or opinions that happens when we conform to the people who we feel have reliable information. Reporters, biologists, and attorneys are all examples of people we see as having expert-level knowledge.

But what if we applied that same principle to influencers? We could argue that they now have that same prestige for those who choose to follow them. They are even trusted across a broad range of domain knowledge.

Influencer marketing capitalizes on the social influence complex by positioning influencers as experts or gurus in their niche. Viewers nowadays choose to watch more deliberately than ever before. They’re “opting in” to what they want to consume instead of simply absorbing everything thrown at them.

If you trust an influencer, you more than likely believe they have accurate information, in which case our opinions and behavior will change to match theirs.

When creators advocate for a brand, they might induce a psychological conformity effect on viewers through their position of authority and perceived tie to popular culture.

When you’re sick, friends can pick you up from the airport or bring you soup. Why? It’s simple: helping those close to us makes us feel good. We may help our influencer friends by giving them money, advocating for them on social media, or purchasing something from their sponsors, to name a few options.

As humans, we have an innate desire to lend a helping hand to others. Seeing someone in need triggers an emotional reaction within us. Influencers work in part because they elicit that unshakable urge to support a friend.

Because people feel tremendously close to the individuals they interact with and the influencers they follow, it has become an instinct for us. We want to lessen the “emotional weight” we feel when we know we can help these people.

Influencers Connect With Us On A Deeper Level

The reason why influencer marketing is so effective is because of the impact these influencers have on our lives, as listed above. Often, most consumers aren’t even aware of the influence these individuals have on them. This type of marketing taps into our inherent desires, emotions, and instincts.

Because of all of the human connections being made and strengthened by influencers, this type of marketing surely won’t be going anywhere anytime soon.

How to Import EML Files Into Thunderbird

If you’re wondering Do I have the ability to Import EML file into Thunderbird? Then you’re on the right track.…

How to Export AOL Email Folders to Gmail?

User Question 1. “We are looking for a solution on how to Export AOL Email Folders to Gmail. Can you…

Developers fighting back against ML adversaries

Adversarial Machine Learning Machine learning is a field of computer science and engineering that enables computers to learn from data.…